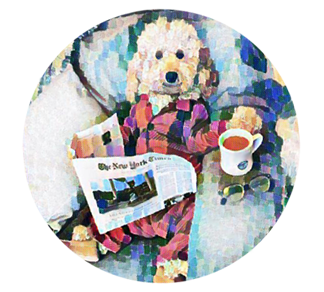 "It was me. I let the dogs out.”
"If you want a friend in Washington, get a dog.”
“What do dogs do on their day off? Can’t lie around – that’s their job.” – George Carlin
“My dog is half pit-bull, half poodle. Not much of a watchdog, but a vicious gossip.”
"What happens in the dog park, stays in the dog park.”
"Who rescued who?”
"We got rid of the kids, the dogs were allergic.”
"My windows ain't dirty, that's just my dog's nose art.”
"That dogs don't lie about their feelings is another reason I respect them.”
"I rescued my best friend.”
“The greatest fear a dog has is that when you leave, you won't return.”
“Don’t accept your dog’s admiration as conclusive evidence that you are wonderful.”
"Shed happens.”
"I wonder if other dogs think poodles belong to some weird religious cult.”
“A lot of shelter dogs are mutts like me.” – Barack Obama
"Sometimes the greatest emotional healing comes from a dog.”
"Everyone thinks they have the best dog, and none of them are wrong.”
"In every major hurricane evacuation we saw only the clothes on their backs, kids in tow, and their dogs.”
"Some guardian angels have fur instead of wings.”
"Be the person your dog thinks you are.”

Greetings!
The Artsy Fartsy Dog Forum aspires to evolve into a relaxed forum that focuses on edgy humor, creativity, art, photography, and more.
Like any new forum, it's a work in progress.

It's for owners and admirers of purebred and mixed-breed dogs. Artists, groomers, dog trainers, and folks in the vet field are also welcome to come, socialize, and share tips. And if you only own another type of pet but like what you see here, do join. We like cats, birds, and horses too.

Here you can post and share photos, artwork, funny, interesting or thought-provoking memes, videos, or stories, to journal or brag about your dog, and participate in contests. This forum aspires to be a friendly, down to earth and creative place to enjoy, so if this sounds like something you're looking for, you're in the right place. 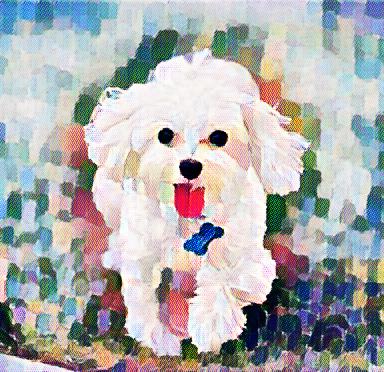